Hurricanes have devastated much of the southern United States over the past few weeks and even for those of us here in Kentucky, that weather is causing some conundrums.

Produce peril is one thing that will most likely have a direct effect on what we eat throughout the winter and what’s available in all produce departments, including at your Co-op. Irma’s wind and rain damaged huge areas of crops, fields and groves in the southeast area of the Sunshine State. Farms in the far south, especially Florida which was hardest hit, are key providers of fresh fruits and vegetables throughout the colder months for much of the nation including right here in the Bluegrass.

Even on a good day, the situation isn’t terribly stable. “Sometimes we order produce and don’t know what we’re getting until the truck shows up,” says Good Foods Produce Manager Rob Walker. The record-breaking weather isn’t doing our produce team or shoppers any favors.

Citrus growers have it so bad, they’re being prompted to ask for help from the government to recover after finding entire crops of fruit knocked to the ground (and therefore unusable,) whole groves of trees split by the wind and several feet of standing water on top of already planted fruit in some places. All of this means there are fewer fruits available for us to buy.

Power outages and other obstacles are making it difficult to get a good idea of how bad the damage actually is, but Joel Widenor, co-founder of Commodity Weather Group, a company that provides weather information to agriculture and energy industries, told the Associated Press they expect 10% of the orange crop and 20 to 30% of the grapefruit crop to be lost.

Numbers were already being squeezed, so to speak, because of a decade-long battle with disease. Even for the small amount of oranges and grapefruits expected to be available for the public to buy, there are still problems getting them to us. Walker says his produce distributors are telling him FEMA has asked that many of the trucks that are usually used for driving this fruit across the country be used for hurricane relief efforts. Between the forces of nature, the fungus, and the fleet shrinkage, things don’t look good for citrus prevalence or prices, but there’s a silver lining when it comes to other crops.

Analysts say that many of the fresh things we’ve come to expect to eat that are already out of season here are expected to make a fairly quick comeback. Most of Florida’s fall tomatoes hadn’t been planted at the time of the fiercest storms, so when the land dries enough, they can be put into the ground like they normally are. Few of those tomatoes are expected to be available for us to buy in the next few months, but the new plants should bear fruit by December, only a month or so after the regular buying time.

Since Kentucky plants weren’t affected, now would be the perfect time to buy local tomatoes and with a little creativity (think canning or drying), you should be able to get enough to last until the south’s winter harvest.

Strawberry fields were also pretty badly damaged, but Lisa Lochridge, spokeswoman for the Florida Fruit and Vegetable Association, told the Associated Press that planting should happen on time which means Kentuckians should be able to enjoy them without interruption.

Vegetables availability may only hit a slight hiccup too. According to The Associated Press, Gene McAvoy, vegetable agent for the University of Florida, says harvest usually begins mid-October so everything will be ready for the Thanksgiving rush, but with 30% of major crops suffering losses, “we’ll be lucky to hit Christmas this year.” Much of the squash, cucumbers, peppers and eggplant hadn’t been planted in Florida and Georgia which means it wasn’t decimated, but starting completely from scratch is going to push back production there too. Thinking local would be a good idea for Thanksgiving. 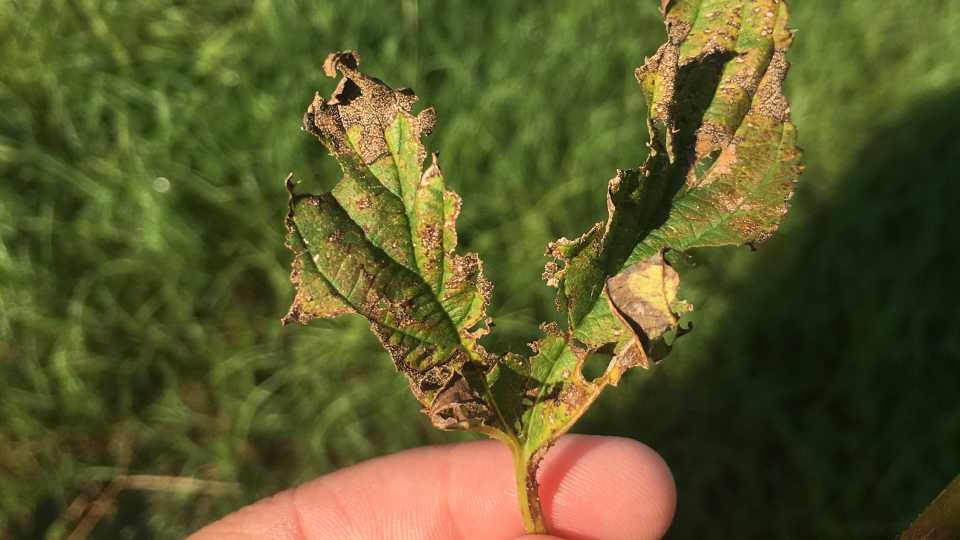 The U.S. Department of Agriculture’s official forecast won’t come out until October 12th, but, if what other experts are saying is true, it seems safe to assume we’ll have a hard time finding citrus this season and, at least for the next few months, we’ll be paying more for fruit and vegetables from Florida and its neighbors.

Even after everything that was disrupted by the weather gets back to normal, there’s no guarantee that migrant worker populations will be back to normal. CNN Money reports more and more people from other countries have stopped working in agriculture in the past few months and a Pew Research poll points to tougher immigration laws as the reason.

Exporting to other countries is another issue we’re dealing with here at home. The majority of this year’s avocado crop was sent to China, largely because they’re willing to pay more than we are in the States. This not only caused a shortage which made ripe ones harder to find, but the ones we could find were more expensive than usual.

In order to combat the many problems that are keeping the fresh food from other states from ending up on our plates, Good Foods is constantly looking into new ways of doing business. Relying more heavily on local produce options may be necessary, but it wouldn’t allow for the same selection year round. Eating seasonally will be imperative, since Kentucky can’t produce red peppers in January or squash in the spring.

There’s also been discussion of dealing directly with more producers instead of working with companies who manage and facilitate shipping, but such a decision may not end up being cost effective. “It’s really bad right now,” Walker says, “but we do the best we can every day to get the products our customers want and need, and we do our best to keep prices low despite everything going on, even if it means us losing money.”

This is a collection of our thoughts, stories, new products, and recipes.

Become an Owner
Click the picture to start shopping!